Germany: B3 Biennial of the Moving Image 2021 with many premieres from the US

Offenbach am Main, Hessen ( journalstart) October 6, 2021 – Highlight not to be missed: Fireside chat with Oliver Stone

As a cross-media, cross-genre and international moving image festival the German B3 Biennial offering film screenings, exhibitions, conference and workshop programs as well as various competition formats, B3 addresses the discourse on all trends and developments pertaining to the moving image in the areas of film, art, games and VR/XR. 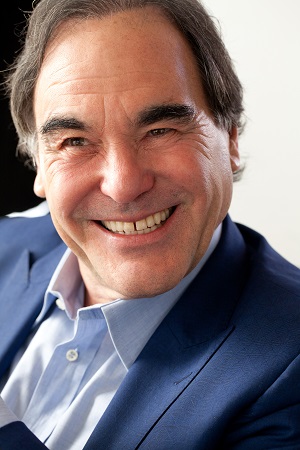 From October 15 to 24, 2021, the sixth edition of the B3 Biennial will offer the world’s film, art and media professionals an international platform for innovation, exchange and visibility. B3 2021 will take place as a hybrid festival. A total of around 80 contributors from 25 countries will be featured

This year`s film program at B3 addresses the B3 focus on identity in a special way. The Clash of Cultures, life in or between different cultures, the struggle for diversity or self-assurance in confused times – all this is reflected in the 35 short and feature-length films. Film lovers can look forward to 32 international premieres and German premieres.

One of the highlights of this year’s B3 will be the fireside chat with Oliver Stone, Academy Award winner and recipient of the famous B3 BEN Award 2021, on 18th of October. The complete program is available via streaming on the B3 website www.b3biennale.com.

The B3 opening film, QUEEN OF GLORY (USA 2021), is a comedy directed by Nana Mensah, starring Ward Horton, Nana Mensah and Elia Monte-Brown. The film tells the story of Sarah Obeng, the brilliant child of Ghanaian immigrants who drops out of her Ivy League PhD-program to follow her married lover to Ohio. QUEEN OF GLORY is a continuation of the classic immigrant story while inspiring laughs and compassion.

Superior (USA, 2021) is a drama directed by Erin Vassilopoulos, starring Alessandra Mesa, Anamari Mesa and Pico Alexander. Protagonist Marian is on the run. She returns to her hometown, looking up her twin sister, Vivian. The lives of both sisters are about to change.

Mayday (USA, 2021) is the debut of director Karen Cinorre. In her fantasy thriller, she mixes genres and beguiles us with a unique world in which options are manyfold and women take their destiny into their own hands. MAYDAY is both a feminist fever dream and an ambitious reinterpretation of the war film, defying expectations and asking what empowerment really consists of.

In A Glitch in the Matrix (USA, 2021), documentary filmmaker Rodney Ascher explores the question “Are we living in a simulation?” with the help of testimonials, philosophical evidence, and scientific theories.

About B3 – An Alliance for the Moving Image

The aim of the Biennial, which was launched in 2012, is on the one hand to create a broad interdisciplinary alliance for the moving image, and on the other hand to offer the international cultural and creative industries a comprehensive platform for innovation and exchange. The B3 Biennial of the Moving Image is organized by the Offenbach School of Design (HfG) and funded by the Hessian Ministry of Science and Art (HMWK).

San Antonio, TX (journalstart ) September 21, 2022 – Hondas are some of the best vehicles one can get on the market today. These vehicles

B3 Biennial has determined the cross-genre and transnational discourse on trends and developments in the moving image in the thematic fields of film, art, games and XR/VR.
All Posts